A Guide to Anorexia Nervosa

Anorexia Nervosa is an eating disorder that affects both men and women but also has the highest incidence of adolescent mortality rates in the UK compared to any other psychiatric illnesses (Anorexia & Bulimia Care). Because of the medical complications associated with this eating disorder, it is imperative that treatment is sought at the earliest possible stage. This can prevent long-term health problems and life-threatening complications.

Anorexia is commonly associated with having an extremely low weight and fear of getting fat that is caused by an obscured body perception (Barlow & Durand, 2009).

Finding support and treatment for such devastating eating disorders is a necessary step towards recovery. If you or someone you care about is affected by the symptoms of Anorexia Nervosa, we hope that the following guide can help you find the treatment, guidance, and assistance that you need

It is estimated that more than 1.6 million people in the UK are affected by an eating disorder (Anorexia & Bulimia Care). Because many men and women do not come forward to seek the appropriate treatment, many more could be affected by eating disorders across the country.

In the UK, Anorexia diagnoses have risen in boys and young men with symptoms starting as early as 15 to 17 years of age. In 2007, figures revealed that Anorexia Nervosa was prevalent in 1.9% of the female population compared to 0.2% of males (Anorexia & Bulimia Care). Anorexia is also recognised as one of the most common eating disorders after Bulimia and Binge Eating Disorder in England (NICE).

There is no denying the impact of Anorexia Nervosa on adolescents and adults in the UK and abroad. As hospital admissions and mortality rates associated with the complications of Anorexia continue to rise, the need for awareness and intervention becomes an important part of helping individuals in their journey to recovery.

What Causes Anorexia to Develop?

Anorexia cannot be linked to a single cause but is rather a combination of psychosocial and biological factors. We take a closer look at each to better understand how this eating disorder develops in children, adolescents, and adults.

Certain personality traits including obsessive-compulsive characteristics and an extreme drive can make it easier for individuals to stick to their plan to maintain their slimness and diet despite extreme hunger and discomfort. Mood disorders such as anxiety are also present in people who have Anorexia Nervosa (Barlow & Durand, 2009).

Research has also shown that substance abuse is high in people who are diagnosed with Anorexia Nervosa. It is also associated with higher rates of suicide (Barlow & Durand, 2009).

The influence of peer pressure, the media, and even parents who strive for perfection can have a negative impact on the healthy mental development of children and adolescents. Images in popular culture that emphasize being thin as being beautiful could set the stage for extremes in behaviour among children when coupled with psychological, biological, and even family environments.

Some researchers believe that Anorexia Nervosa may be linked to certain genetic traits. This includes a higher sensitivity to body image, perfectionism, and obsessive personality characteristics (Mayo Clinic).

What are the Signs and Symptoms of Anorexia?

Individuals who are diagnosed with Anorexia will severely restrict their daily food intake to the point of starvation (WebMD). While drastic weight loss can leave many individuals shockingly thin, this only occurs in the later stages of the disease.

To better understand the occurrence of this eating disorder, let’s look at the symptoms:

Individuals with Anorexia may also purge as with Bulimia; however, binge eating may be absent (Mayo Clinic).

How Does Anorexia Affect the Body and Mental Health?

The most obvious sign of Anorexia Nervosa is the major physical change in body weight. Individuals will restrict food, fast, or stop eating. They may go to extremes to diet, exercise, or purge to prevent any weight gain (Mayo Clinic). Dangerously low weight can create medical consequences from extremely low blood pressure and heart rate to a lack of nutrition. Women will no longer experience a menstrual cycle while men will suffer the loss of testosterone. Gastrointestinal problems, kidney issues, and electrolyte imbalances are also common in diagnosed individuals. This can place one at risk of hospital admission and even death.

Anorexia Nervosa is associated with high levels of anxiety, obsessive-compulsive disorder, and substance abuse and addiction. Individuals also show emotional instability, severe mood swings, and become increasingly withdrawn. They may avoid social situations for fear of being pressured to eat or steered away from a strict food regimen. 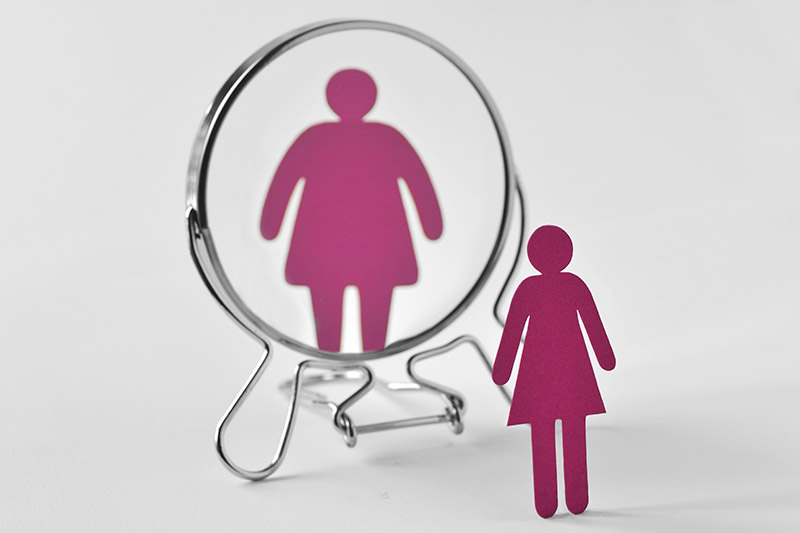 The diagnostic criteria for Anorexia Nervosa according to the DSM-5 are:

There are also different types of Anorexia: 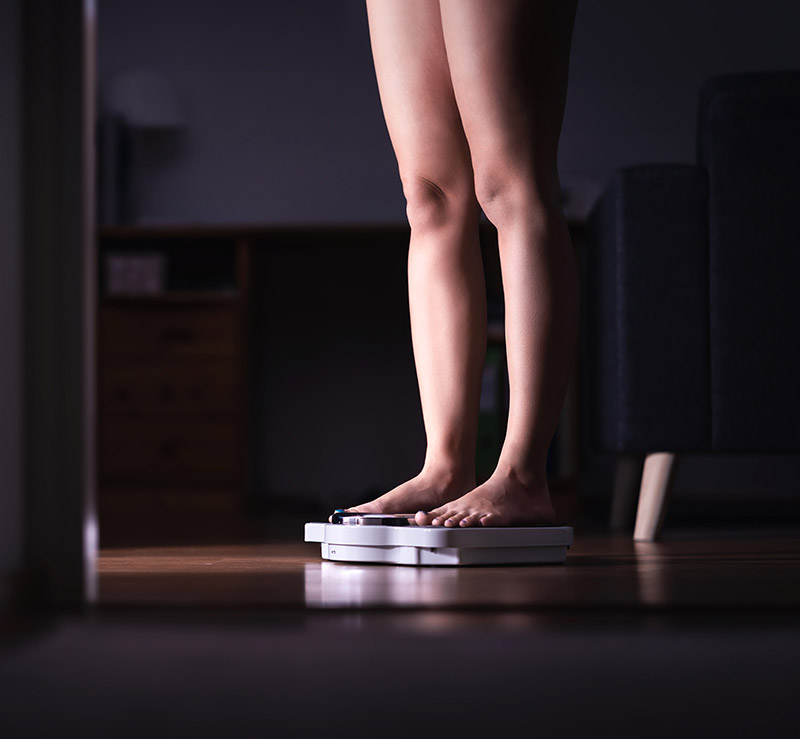 To treat Anorexia Nervosa, a psychological assessment must be performed by a qualified therapist. Lab tests may also be performed to rule out medical conditions. Once a diagnosis is confirmed, severely underweight individuals with health complications may have to be hospitalised.

Residential treatment or inpatient programmes are also common for individuals who are diagnosed with Anorexia. The plan is to get patients to a healthy weight which includes supervision by a medical doctor.

Therapy with a psychologist during rehabilitation addresses false perceptions, control surrounding food, and learning healthy behaviours around food and weight gain. The 24-hour supervision at a residential rehab will also reduce the occurrence of hiding food or avoiding food altogether. Therapy aims to create positive perceptions about food and body image.

Residential programmes are also suitable for those with co-morbid conditions such as anxiety and substance addiction. For those who self-harm or have suicidal tendencies, inpatient programmes offer constant monitoring.

The long-term recovery from Anorexia requires structured therapy and the ability to learn how to cope with stress and challenges. Individuals need to learn positive body image and overcome the fear or preoccupation with weight gain. Nutritional and psychological counselling are important steps in achieving and maintaining healthy function and weight. Along with individual therapy, family support and an understanding of the condition can prevent issues of control.

While recovery can be a lifelong process, with support and a positive approach, it can be achieved.

Speak to a Specialist